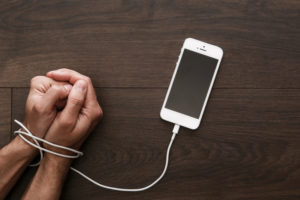 Technology has developed in a faster pace in few years. A decade ago, smart devices ensured to change the way we interact & think, and they have fulfilled– but, not by making us smarter. According to the sources, scientific evidence proves that digital interruption is damaging individual’s minds. Within a decade, our lives were completely transformed when we onset the use of smartphone—a game changer.

Researches, asserts that an individual check his or her phone at least 80 times a day and nearly 2,400 times in a month, subsequently around 30,000 times in a year. These numbers seems to be crazy, but it’s the fact of many of us & the screenagers.

With every new launch of smart phone model, it is coming up with plethora options and features. Today, a smart phone has become a mailbox, teacher, TV, photo album, consultant, radio, newspaper, roadmap, camera, wristwatch, library, board game, party line and much more. For few people especially for university students it is like an appendage to their bodies and given the same importance as that of air and water.

Are Smart phones making us smarter?

Earlier, the use of internet to access required information at fingertips is considered as a boom that could make us smarter. However, in the recent times, experts have begun to reveal something i.e. both disconcerting and intriguing.

With the onset of smart phones, though we have access to knowledge than ever before, on the contrary, it is making us less smart & showing negative affects on individual’s intelligence. A study on the usage of smart phones revealed the below affects and proved how cell phones are affecting our minds & our lives in general.

The usage of smart phone or even having one nearby makes it difficult to focus on a job or any complex problem. This diversion of attention impedes one’s intellectual and performance.

According to the sources, when phones vibrates when an individual is in the middle of a challenging task, it not only distracts or waves one’s focus waver but also his or her work becomes messier. Moreover, when a phone rings but if an individual is not in a state to answer it or busy, then his or her pulse becomes accelerated, blood pressure becomes spiked and the problem-solving skills gets declined.

Smart Phones presence not only affects individuals reasoning but also their relationships and social skills. They pull our minds away from persons around us. Our conversations become shallower & less satisfying.

The information offered by the smartphones has not made us smarter. Even not in a holistic sense. We have more data with little meaning and content without context. The smartphones entry into daily life resulted into “brain drain” which lowers essential mental skills such as logical reasoning, learning, abstract thought, creativity and problem solving.

The only solution for this problem is to limit and balance the use of smart phones. Yes, it seems to be difficult to do, but that’s the only option we have to protect ourselves. Let’s make the technology as servant, not as a master. 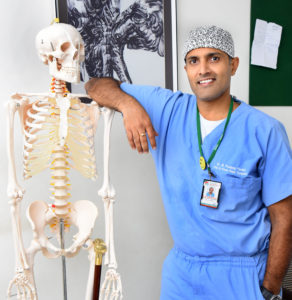